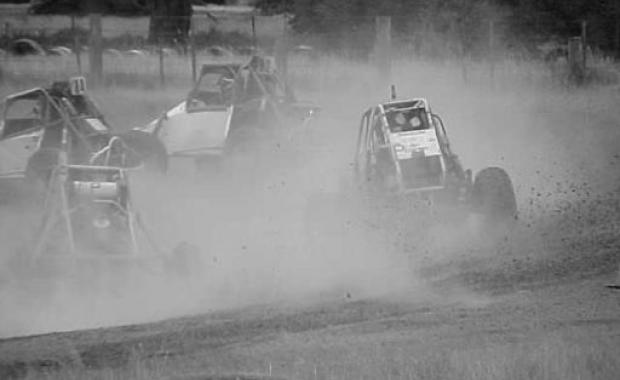 Defined as fast and non dog-damaging, and can be achieved by fully moving the dog ring as rapidly as possible from one gear to the next, preferably with the engine’s driving load removed until the shift is completed. It should be remembered that it is not possible to damage the dogs when fully engaged (in gear). The damage can only take place when initiating contact during a shift (the “danger zone”), therefore this period must be made as short as possible. If a driver moves the gear lever slowly, or if the linkage is not rigid and effective, dog wear will occur.
The design and condition of the shift star and detent arm also play a very important part in the shifting process. Fitting one of  Factory Pro’s shift kits would be money well spent. They’re the only ones with a micro bearing on the detent arm, which, when combined with one of their stars and heavy duty springs, ensure the best possible  gear engagement. Marc makes more kits than are listed on his page, so if your bike isn’t listed, shake him up.
Below are listed, in preference, the different methods of up shifting that are most commonly used in racing.

The movement of the dog ring is powered, and the engine is cut/re-instated in a co-ordinated manner. Gearshifts take milliseconds. This system produces zero dog wear when well set up.

This method is almost as good as an automated one, as long as the driver moves the lever very quickly. A “cheat” version of this is to shift on the engine’s rev limiter, which can work well. With this system, it is especially important to move the lever ultra fast, otherwise the engine will be re-instated during partial dog engagement, causing damage.

Best method: With no assistance from the engine management, the driver must lift off the throttle sufficiently to allow the dog ring to be pulled out of engagement. He should then stay off the throttle long enough to allow the dog ring to engage with the next gear. In practice, the driver can move the gear lever faster than he can move his foot off and back on to the throttle. Therefore the effective method is to apply load to the gear lever with your hand and then lift the throttle foot off and back on to the pedal as fast as physically possible. In lifting your foot, the loaded gear lever will almost involuntarily flick to the next gear before the foot is re-applied to the throttle.
Another method is to load the gear lever with your hand, stay flat on the throttle and dab the clutch to release the dog ring. The overall effect on the gearshift is similar to the above method, but clutch wear may become a big issue.
The worst method (most destructive and definitely slowest) is to attempt to change gear in a “passenger car/synchromesh” way, i.e. lifting off the throttle, dipping the clutch, moving the gear lever, letting the clutch up and re-instating the throttle. The method causes unnecessary clutch wear, does absolutely nothing to help come out of gear and usually causes dog wear whilst engaging the next gear. This wear is due to several reasons. Firstly, it is impossible for a driver to co-ordinate the complicated sequence of all five physical movements accurately. Consequently the engagement dogs often find themselves engaging whilst the throttle is applied. The lever is usually moved more slowly as it was not pre-loaded, lengthening the “danger zone”.

Similar rules apply regarding speed of shift. Unloading the dogs is done in the opposite manner obviously. Whilst braking, the dogs must be unloaded by either touching the throttle pedal or by dipping the clutch. However, one sharp dab of clutch or throttle is appropriate per shift. Continued pressure on either will cause dog damage for different reasons. “Blipping” the throttle just before engagement is advisable if the rev drop between gears is over 1300 rpm, as this will aid engagement and stabilise the car.
Make the downshifts as late as possible in your braking zone (i.e. at lower track speed), because the rev drop between each gear is then lower. So many drivers make the mistake of downshifting as soon as they begin braking, causing gearbox wear, engine damage and disruption to the driving wheels.

N.B. For successful gear shifting, it is critical to ensure all mechanical elements of the gear linkage between the driver’s hand and the dog faces in the gearbox are in good order and properly adjusted.

Adapted from an article by William Hewland.