Paddle shift or shift lever, either works well, it is just personal preference and what you're used to, here are some tips and tricks!

Here’s a question I get quite often, “What’s better the shift lever or the paddle shift?“

The crux of it is that either works well, it is just personal preference and what you’re used to.  Rorty buggy plans come with both options included and you can also retrofit the paddle shift to any buggy using the paddle shifter plans.  The choice is yours. 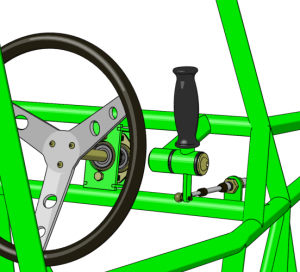 The shift lever is perhap a little simpler and gives a good positive feel. It is also similar to a manual car if you’re used to that. You can adjust the lever position to suit and the length and throw can also be adjusted.  You can also choose which direction to move the lever to make up and down shifts.
Pro Tip – If you’re thinking of a shift lever, put it as close as possible to the steering wheel, but not so close as you hit your hands on it when things get frantic! 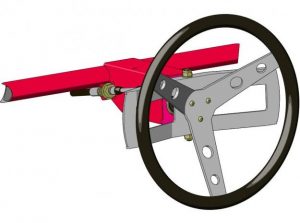 The paddles let you keep both hands on the wheel, which is probably the main reason people go for it. There is some adjustment in the pivots and the throw can be adjusted at the gearbox end. You can also choose which side of the wheel is an up shift and which is down.
Pro Tip – If you like the idea of a paddle shift system, the Rorty paddle shifter is fixed to the steering column, so the paddles don’t move with the wheel.  This works well if you use the push-pull steering method where your hands stay roughly at 9 and 3 all the time.  You also know where the paddle are all the time.  You can have the paddles laser cut from the plans or design some of your own to suit your wheel and driving style. 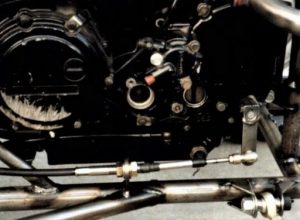 At the gearbox end, both systems use the same cable mechanism, so not much difference there.  When adapting to a motorbike engine shift lever don’t forget to get the splined foot lever with the engine so you can adapt a cable end to it.  At this point you have the option to adjust the lever or paddle throw, it’s just a matter of some simple ratios and geometry to calculate it, or otherwise give yourself some adjustment with multiple holes in the lever! 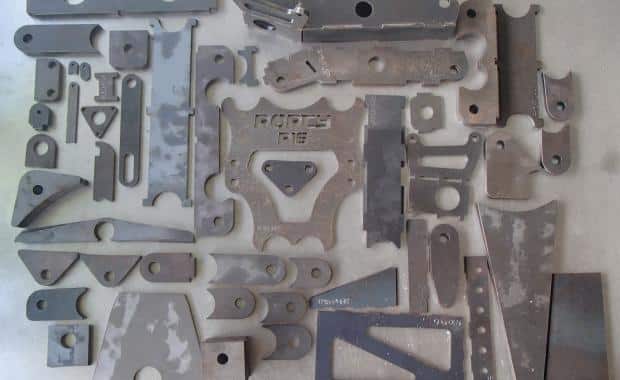