Is Weight the Enemy? 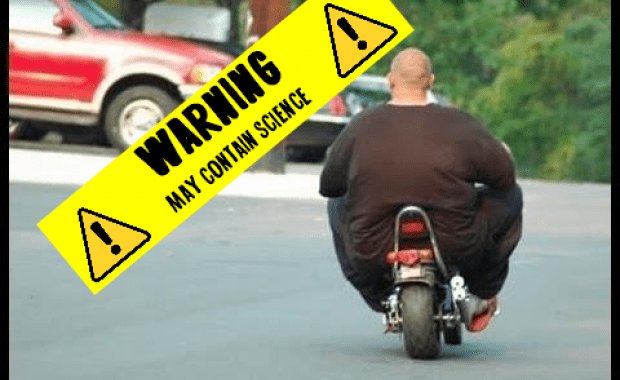 F = force (as in newtons: N = 1 kg⋅m/s2).  This comes from your engine, brakes, tyres, gravity, friction… depending which direction it’s pointing (e.g. forwards, backwards, sideways, up, down)

M = Mass (kg).  Should be easy enough to work out on your own

A = Acceleration (m/s2).  This can be in any direction – forwards in the case of the right pedal, backwards for the middle pedal, sideways for the steering wheel.

There’s also rotational acceleration of the wheels/tyres, the engine, drive shafts etc. etc. and kinetic energy; the amount of energy an object has due to its motion.

We won’t go into detail, but these little gems don’t just affect how fast you can get to the end of a quarter mile.  They come into play everywhere on your buggy; braking, cornering and even response to bumps and dips.  In one form or another extra weight slows you down.

You might think that the weight of a tyre makes little difference, but consider that it’s at the end of a long suspension arm (a long lever) and the springs and shocks have a lot of work to do to control it.  The lighter you make it, the quicker the response of the wheel to changes in direction of the force (usually up and down).

If ML is less than Mh then AL must go up relative to Ah to keep the equation balanced.  So the lighter wheel has greater acceleration (speeds up and slows down quicker).  That makes for a smoother, more controlled ride with the tyre in contact with the ground more often, cooler shocks and lighter springs, which means a lighter buggy, faster acceleration…..

It’s not quite the same equation, but in simple terms, the weight of the tyre also affects how fast the given force of the engine (torque) can accelerate (rotate) the wheel.  What makes it worse is that the majority of the weight of the wheel tyre package is on the outside of the circle (the tyre tread area) which essentially gives it more leverage and makes it harder to turn.  That means you don’t accelerate (or brake) as fast.

It makes a difference where you put it.

As in the wheel and tyre example above, where the weight is makes a difference.  The longer the lever the weight has to work with the more affect it will have (that’s another equation).  On your buggy the length of the lever is usually the distance of the weight from the centre of gravity (or other pivot point in the case of suspension).  Eating too many burgers isn’t great for your health, but surprisingly it has less effect on buggy performance mainly because your body is usually close to the centre of gravity of the buggy with you in it.  It’s also dynamic weight (it moves) which helps, but you can’t throw your body around to help handling like you can racing a sidecar.  Keeping items mounted inboard will improve the handling of your buggy (less roll, pitch and yaw).

Next time you’re thinking about adding something to your buggy think about the weight and whether you really need it.  Do I need power steering just because I put on those massive mud terrains?  It can also be cheaper to take something off (reducing M) than to increase the power of your engine (F) to get a bigger A, although eating burgers can have the same affect.